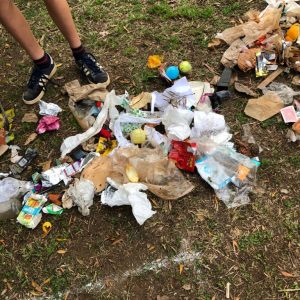 Thank you for allowing me to come on Friday to work with Class 6 in doing a Waste Audit at Chrysalis School. Despite getting a little chaotic at one stage, I think we had some great outcomes around looking at what waste the School generates, having a think about how we can repurpose items and taking responsibility for litter around the classrooms and high school area.

Special thanks to our photographer, Sid, Kelley, and particularly the four girls pictured who so diligently worked at sorting, weighing and recording the waste data.

The first picture shows the rubbish that was collected around the gully, and what would have been washed out to the river and then the ocean in significant rain.

Rubbish collected at School and taken to the tip each week falls into two categories; landfill and mixed recycling. Food waste is composted on site.

Firstly, there was almost no compostable/ food waste in the landfill waste which is excellent, as this can account for up to 40% landfill waste generated in the general population- resulting in methane gas from landfill, and wasted nutrients that could be cycled into valuable compost, so well done Chrysalis!

Secondly the school had a low volume of single use plastics in landfill waste, which is fantastic, reflecting the healthy, whole foods and no plastic waste lunches that are common at School. A space for improvement is the litter around the classrooms and grounds in the high school area, that does not break down and could find its way into the ocean. Some of it could have been laying around for a while!

To be really super- unavoidable soft plastic waste that is clean could be separated and taken to a RedCycle collection point at Woolworths or Coles.

Total landfill waste that the school generated in one week was 18.06kg, a significant amount of that we noticed was recyclable- such as paper, so better sorting to the recycling bin would be good. Recyclable waste from one week amounted to 35.26kg. And we noticed very little contamination though items such as soft plastic that was in the recycling.

An interesting off-shoot was some interesting items the girls found that they were able to salvage- such as used canvases that can be painted over and used again! A good reminder to think, even if we may not need something anymore, who else could use it?!

Lastly, I love the 5 points the class came up with to improve and reduce waste and litter at School.

So nice to visit again! 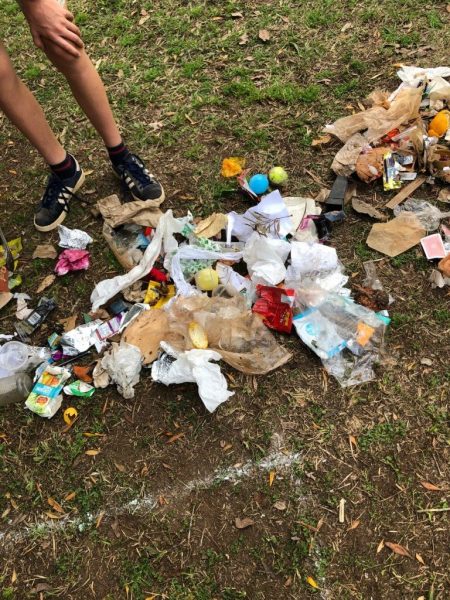 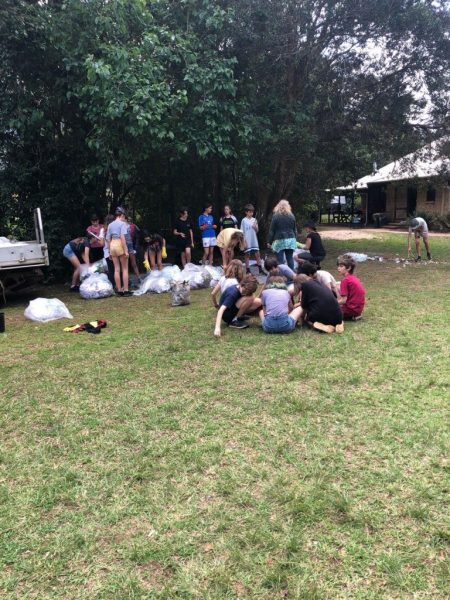 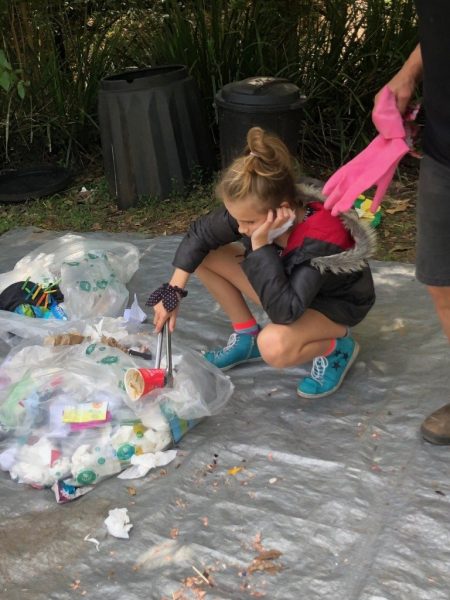 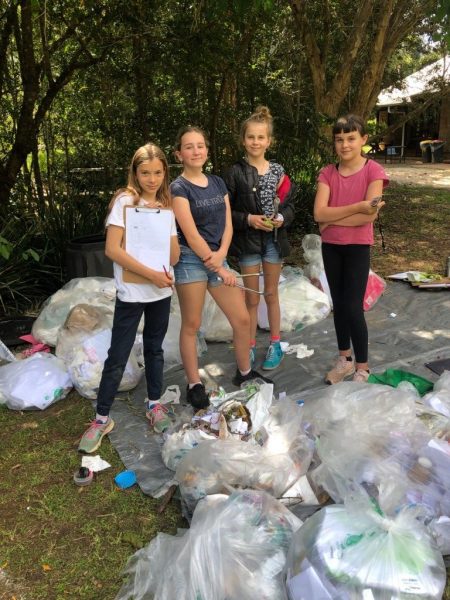