The theme for this year is the “human being and the animal kingdom, the crossing of thresholds, inner and outer strength”. Camps include mountain climbing, bushwalking and the study of animal adaptations to different environments. In Class 4, there will be two camps of 4 days each or one big camp of 8 days. Venues for Class 4 camps include: National Parks, both coastal and on the Plateau. Self-reflection through journaling and drawing on camp is an important part of the Chrysalis Outdoor Program and in Class 4 the teacher begins to introduce this skill to the children.

In Class 5 the adventure really begins. There will be 2 or 3 camps ranging from 4 days to 8 days. The Explorers Camp traces the path of the first explorers over the Great Dividing Range to the Plateau to Gibraltar Ranges, Uralla and Tamworth to fossick in the gold fields or bush walk to studying the geology from the coast to the ranges. They see how the vegetation changes with the environment and marvel at the gems of the earth. The Greek Main lessons links into the Class 5 Greek Olympic Camp in September in the Byron Bay area. In Class 5 the children may be introduced to camping under tarps in preparation for the Chrysalis Middle School adventure camps which begin in Class 6. 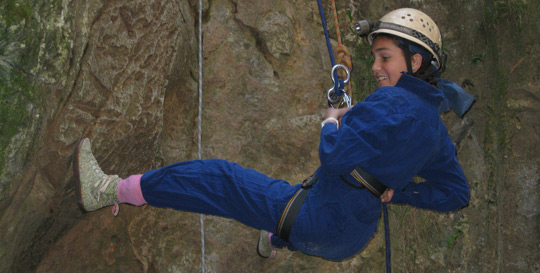